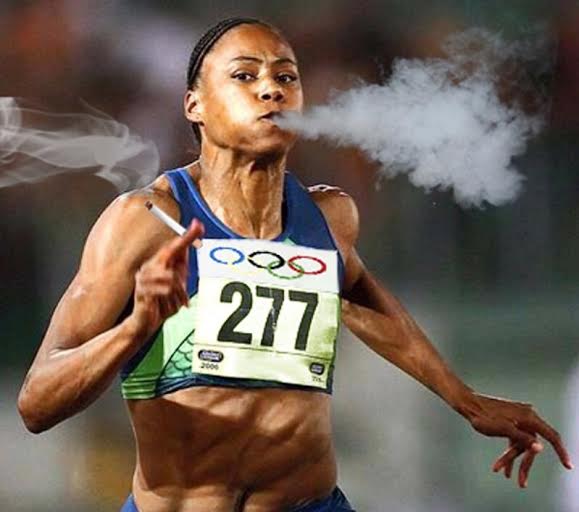 Are you a “Healthy smoker” who trains really well but smokes full time? Or are you one of those people who “Borrow” a cigarette on a night out but don’t actually smoke and are genuinely too cheap to buy a pack of your own? Are you extremely healthy Monday to Friday consistently over time, however so consistently unhealthy at weekends smoking like a trooper and being a drunk mess? If you are any of these legends, this could be of interest to you, so happy reading.

Let’s get started, Most of us have all done it. It’s great to have the crack, get some air and talk to complete randomers. But have you ever thought of the effects that smoking has on a somewhat healthy body, let alone an unhealthy one?

As I grew up playing U21 county Hurling, I used to love smoking the odd Johnny Blue with the lads on a Saturday night. I would wake up on a Sunday afternoon in an absolute jock! I would typically have a few cigarettes left over so they would either go in the drawer or I would polish them off after hangover food. It was only when I started training at an elite level I found it extremely difficult to breath let alone perform at my optimal level. So I packed it in and did some research.

Still with me so far? Ok, time to get serious.
When in College two years ago doing my final year in my degree, I wrote a literature review on the effects Smoking has on training and athletic performance. This does not mean in any way that I am an expert because believe me, I don’t have a clue most of the time, but listen up!

Athletic performance can be divided and categorised by the various energy systems that contribute to fitness and exercise quality. Perhaps the most simplistic way of segregating energy systems is by dividing exercise into aerobic and anaerobic. This is known as metabolic training.

There is a general presumption that athletic performance is solely associated with elite athletes and how they perform in competition and non- competition proving to be a miss-conception from a significant number of the population across the world.

Developing as an athlete or improving athletic performance requires exercise. Exercise is practiced throughout everyday activities from walking or climbing the stairs, each of which is of different intensity and burn different amounts of calories per activity.

In order to evaluate the effects smoking has on athletic performance, certain methods of testing are carried out on smokers and non-smokers. (Aiello, Marina, et al., 1998).

Studies have shown that although smoking does affect exercise performance through the cardio respiratory function, evidence indicates that in comparison to nonsmokers, smokers depend on glucose as a fuel source during sub maximal exercise. (Horning & Brooks, 1996)

Many studies have established that smoking decreases the ability to perform vigorous exercise because of increased blood levels of carbon monoxide, Decreased lung function, and Decreased maximal oxygen consumption. Carbon monoxide is present in cigarette smoke in large amounts and rapidly enters the blood, combining with the hemoglobin in the red blood cells. Normally the hemoglobin carries oxygen to the muscles and cells of the body.

When carbon monoxide from cigarette smoke is present, about 5 percent of the hemoglobin is taken over for more than five hours. This decreases the delivery of oxygen to the muscles during vigorous exercise, making all effort seem more difficult than normal.

At rest, and to a smaller extent during exercise, nicotine from smoking cigarettes increases the heart rate and blood pressure, decreases heart blood output, and increases the oxygen demands of the heart muscle. During exercise, nicotine also increases levels of blood lactate, a substance that can make people feel fatigued or feel like quitting exercise when it rises high enough. Nicotine has been found to decrease the ability to engage in long-endurance exercise like swimming or running. The resistance to air flow after smoking is increased in the lung passageways, making it harder to deliver air and oxygen to the lungs during hard exercise. In some people, cigarette smoke can trigger asthma symptoms, making it nearly impossible to exercise until symptoms subside.

To conclude, Smoking has a detrimental effect on your mind and body. It causes nothing but anxiety and stress on the body while causing major health concerns.

I hope you enjoyed this and if you are interested in the full literature review, you can email me at Dave@daveslattsfitness.com and don’t forget to follow me on Instagram @daveslattsfitness or Facebook Dave Slatts Fitness.

Thanks for reading guys.

This site uses Akismet to reduce spam. Learn how your comment data is processed.